NEW ORLEANS–Telcos have and continue to take heat for 5G-related marketing moves–AT&T’s 5G Evolution indicator anyone?–but operators are delivering limited commercial 5G today in geographies around the world. Not to be outdone, the cable industry has begun pushing 10G, which refers to symmetrical 10 Gbps speeds delivered over hybrid fiber coaxial networks.

10G is branding. The underlying technology is the latest and greatest in DOCSIS, data over cable service interface specification. While commercializing 10G doesn’t necessarily require massive investments in trenching to lay new cabling, it won’t be available for the at least “the next few years,” according to CableLabs. Another piece of that is a lack of compatible silicon and user equipment.

During a Tuesday session at the Innovation Theater, moderator Leslie Elllis asked panelists Rachel Beisel, CableLabs SVP and CMO, and NCTA SVP of Strategic Communications Brian Dietz, why they picked the 10G as the brand.

“It’s a double entendre,” Beisel said, “with G and generation,” and with the goal of 10 Gbps speeds. According to Merriam Webster, a double entendre is “a word or expression capable of two interpretations with one usually risqué.” It wasn’t immediately clear if the speed meaning or the generation meaning was risqué.

Dietz said, “We knew the wireless industry has done literally millions if not billions of dollars in marketing of 5G. We wanted to assert our industry’s vision for the future. We though 10G provided a perfect opportunity. What does your G stand for? It stands for gigabits to the home. It was a way for us to insert ourselves into a conversation that was already happening.”

The panel briefly discussed the latency benefits 10G would bring and how this could prove a valuable service for gamers. They presented at gaming convention E3 and played a video highlighting 10G branding at that show. “Gamers put the fan in fanatic,” Dietz said. “Gamers will talk to anyone for a free T-shirt. T-shirts are very popular.” 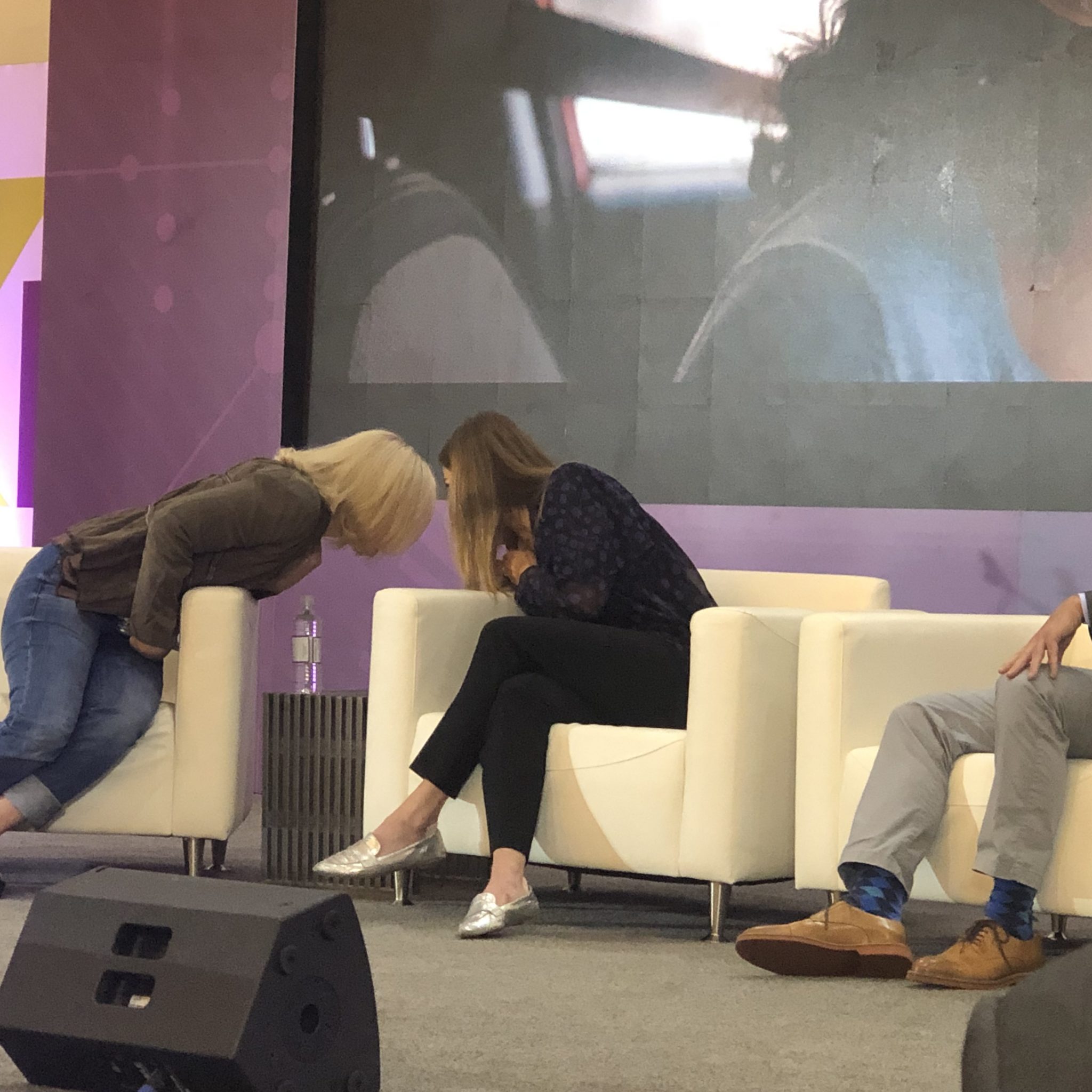 Ellis, left, chats with Biesel during the 10G panel.

Another potential use case for 10G is apparently precision agriculture, which refers to the use of technology and connectivity to add efficiency and automation to farming, decreasing resource consumption and increasing yield. An example would be soil monitoring to inform necessary levels of watering and fertilization.

But the specifics have apparently not been worked out in much detail. Again, back to splashy phrases that serve marketing purposes. As Dietz put it, in a response to a question about how 10G will serve the ag sector, “We’re looking into it. It sounds good, right?”

April 8, 2022 Dear Pennsylvania Wireless Association Members: As most of you are aware, PWA has a Regulatory/Legislation Committee. Through this committee, we have a unique opportunity to … END_OF_DOCUMENT_TOKEN_TO_BE_REPLACED