Although a growing number of state attorneys general are challenging the deal as anti-competitive, T-Mobile US executives, speaking this week at an event hosted by Goldman Sachs, remain bullish on the pending $26 billion merger with Sprint, and on the position the combined spectral assets will give it as 5G uptake increases.

Joking that the company was confident “that the deal will close about three months ago,” T-Mo Chief Operating Officer Mike Sievert said, “We’re kind of uncharted territory. Both the FCC commitments that we made and the DoJ settlement with the consent decree required changes in our plan,” although the original “synergies” around networks remain intact.

To gain federal approval, T-Mobile agreed to a number of concessions including selling off pre-paid businesses and divesting spectrum and network assets meant to position DISH to enter the market as a fourth facilities-based operator. DISH can also use the New T-Mobile network during an MVNO arrangement as it builds out its own physical plant.

Given all those concessions, how does New T-Mobile plan to stay competitive?

Sievert noted that the MVNO arrangement with DISH will be a revenue generator and said a competitive market plays to T-Mobile’s strength as a “net share-taker.” 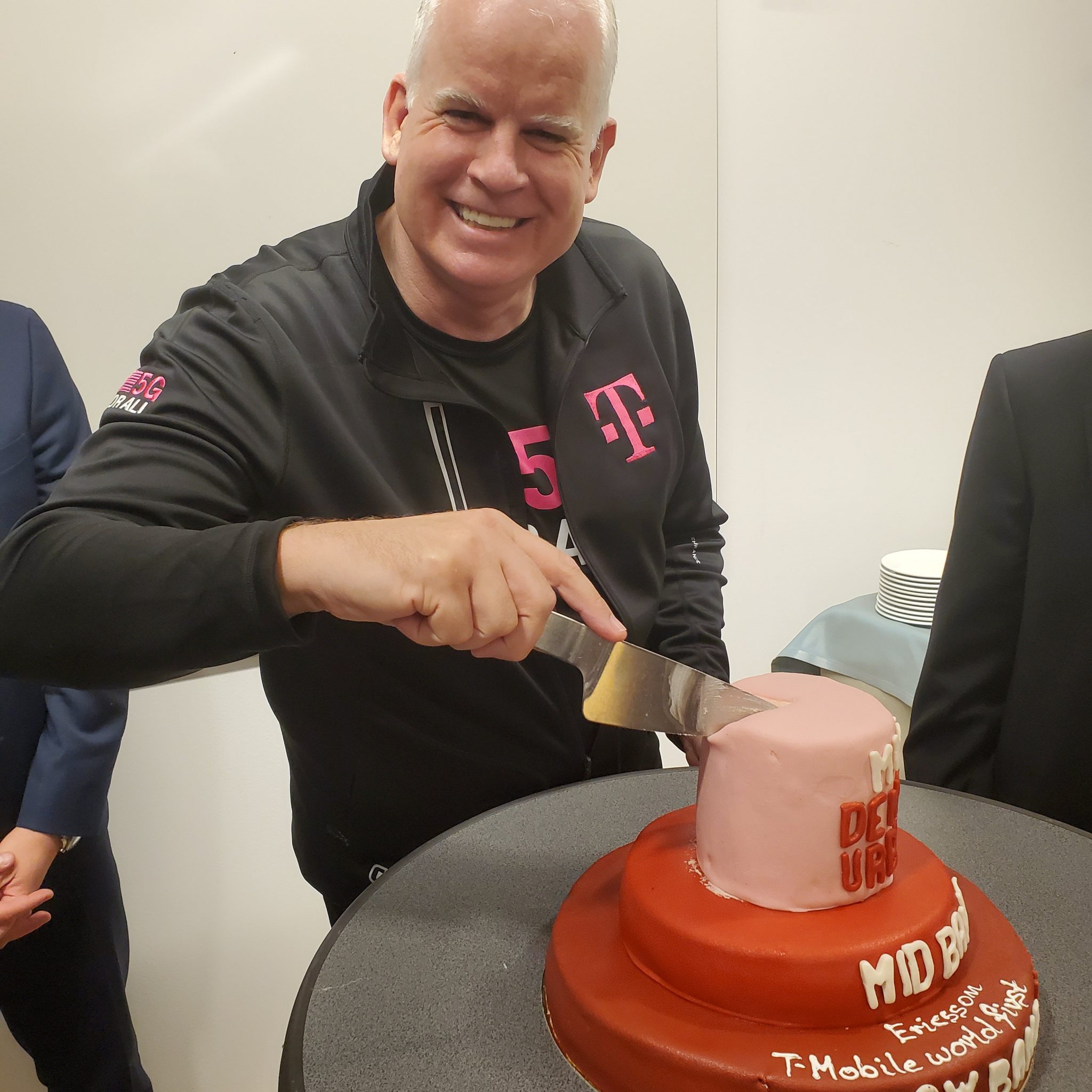 On the network side, CTO Neville Ray said the company is building out its 600 MHz spectrum “at an incredible clip,” which lays the groundwork for a broad future 5G offering given Sprint’s 2.5 GHz holdings and millimeter wave frequencies. He compared the three-pronged spectrum approach to a layer cake and a wedding cake.

“What does that allow us to do from a competitive perspective? We’ve caught up with Verizon and AT&T. We are right there with those guys and we continue to make sure we stay in that position.” Once combined with Sprint, “We can start to very rapidly lay down that 2.5 GHz spectrum and start to lay down a very transformative 5G experience.”