Since joining the faculty of Virginia Tech in 1988 as an assistant professor, Rappaport has made establishing research groups a habit. In 1990, he founded the Mobile and Portable Radio Research Group (MPRG) at Virginia Tech, one of the world’s first academic research centers for the wireless communications field.

In 2002, he accepted the William and Bettye Nowlin professorship at The University of Texas at Austin, where he founded the Wireless Networking and Communications Group (WNCG), and then in 2012, Rappaport made the move to New York City, where he founded NYU WIRELESS, one of the world’s first academic research centers to combine wireless engineering, computer science and medicine. 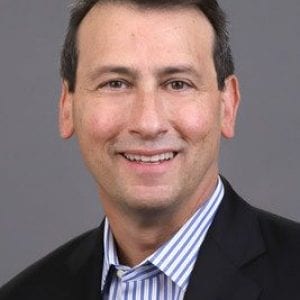 Theodore (Ted) S. Rappaport will be inducted in the Wireless Hall of Fame at the Foundation’s Awards Dinner in Los Angeles on October 23rd. (New York University Tandon School of Engineering)

According to Rappaport, he saw an opportunity at NYU to be part of the team working on the NYU and Brooklyn Polytechnic merger. “I took a chance,” he said in a video interview with RCR Wireless News a few years ago. “If you can make it in New York, you can make it anywhere. [NYU] didn’t have a wireless research center, and I had built one at Virginia Tech and in Austin, and [building one in New York]seemed like a great challenge and opportunity.”

In the same interview, Rappaport explained how he anticipated the impending interest in the millimeter wave, even before 60 GHz Wi-Fi. “I had been working in it for over 20 years by the time 4G began roll out in the cellular world,” he commented.

Rappaport’s research in broadband wireless communications circuits and systems at millimeter wave frequencies (30 to 300 gigahertz) paved the way for the commercialization of 5G wireless technology. As 5G continues to roll out, it is expected to revolutionize medicine, enable autonomous vehicles and bring unprecedented connectivity to rural communities worldwide.

Rappaport’s induction into the Wireless Hall of Fame is by no means the first time the industry has celebrated his contribution to the field. Just last year, he was elected a Fellow of the National Academy of Inventors, and recently received the Institute of Electrical and Electronics Engineers (IEEE) 2020 Eric E. Sumner Award.

The post NYU’s Wireless founder to be inducted into Wireless Hall of Fame appeared first on RCR Wireless News.

April 8, 2022 Dear Pennsylvania Wireless Association Members: As most of you are aware, PWA has a Regulatory/Legislation Committee. Through this committee, we have a unique opportunity to … END_OF_DOCUMENT_TOKEN_TO_BE_REPLACED